You might remember the fidget spinner craze of 2017: seemingly overnight, the world became obsessed with those little plastic spinners. The spinning toys flew off the shelves across the country and into kids hands. Classrooms, dinnertime at home, movie theaters – no place was safe from the fidget spinner. For what seemed like months, the world was a-buzz with fidget spinners.

There have been dozens, if not hundreds, of articles written about the rise and fall of the fidget spinner empire since 2017. People were perplexed by the runaway popularity of fidget spinners, and kids nationwide were absolutely enthralled by the toys. Claims were made that fidget spinners and other fidget toys had health benefits such as easing stress and increasing focus. Child development experts debated the veracity of those claims, and teachers everywhere were overrun by classrooms filled with the faint whirring noise of dozens of kids fidget spinning away. 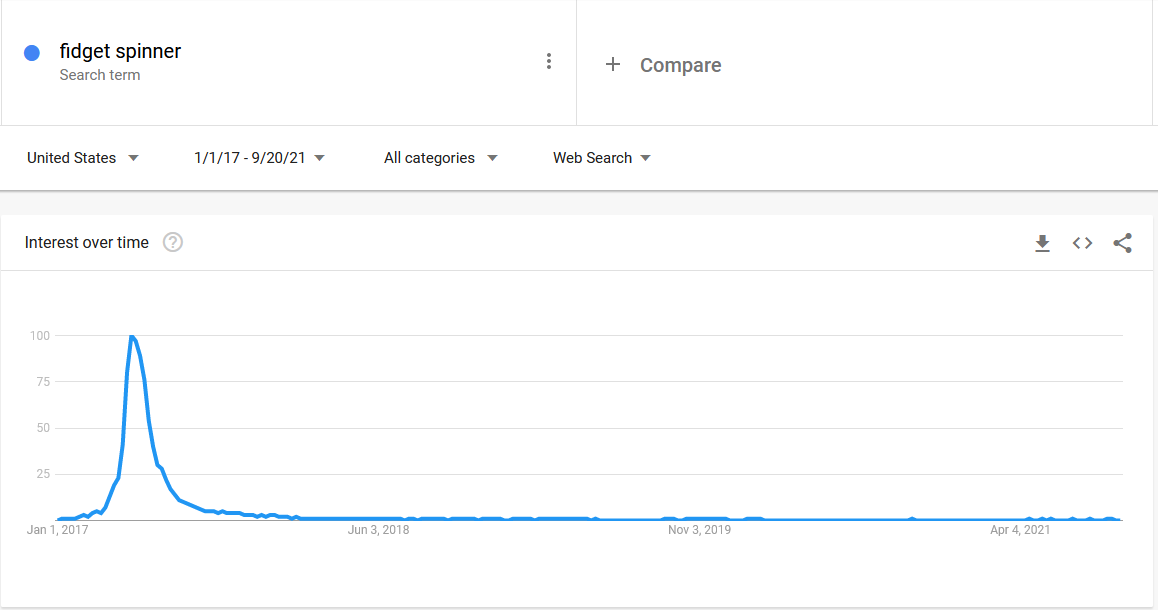 Then, one day, the fidget spinner phenomenon fizzled out. But fidget toys didn’t disappear from the shelves – they just diversified.

Search online for the keyword “fidget” in 2021 and you’ll be met with page after page of different types of fidget toys. The infamous spinner is still there, but now there are also fidget cubes, ropes, buttons, puzzles, slime, putty, and so much more. You’ll also notice there’s a new top dog in the fidget toy game: fidget poppers. 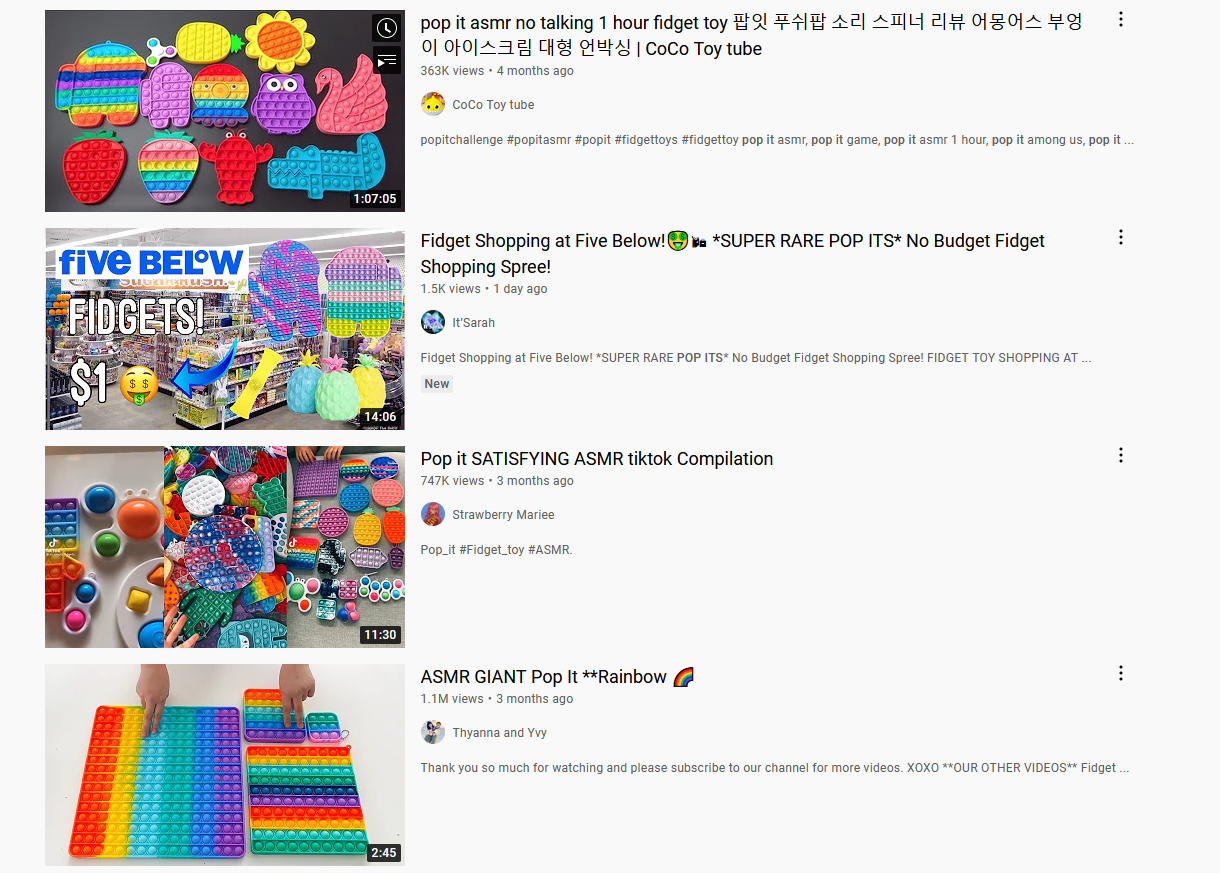 Though fidget poppers have yet to see the same level of crazed searching that the fidget spinner experienced, they’re insanely popular with children right now. Walk into any gas station, grocery store, or major retailers like Target or Walmart, and you’ll find a display of brightly colored silicone pop-its. TikTok and YouTube are filled with videos about the poppers: unboxing, reviews, ASMR pop videos – the list goes on.

So, what is it that makes fidget toys so insanely popular?

Well, it’s actually pretty simple. People love to fidget! Often, we just use whatever is at hand to fidget and fiddle with: paperclips, a USB drive, bobby pins. But fidget toys give children and adults alike a dedicated outlet for that extra energy, and though there’s not a ton of verified and peer-reviewed evidence out there yet, these toys seem to give help us maintain focus and regulate our emotional states.

These new-fangled fidget toys aren’t that new of a phenomenon, either. In 12th century Ming dynasty China, there were Baoding balls: two small balls that could fit in one hand and repeatedly rotate to reduce stress, were used to help soothe the user and put them in a more meditative mindset, according to AtlasObscura’s article titled “Quit Worrying, Fidget Toys Have Been Around Forever.” Similarly, Greek “worry beads” have been around for over 800 years.

The takeaway? Though fidget toys might wane and wax in popularity and the number one fidget-du-jour changes regularly, fidget toys aren’t going anywhere. From stress balls to foam putty and fidget spinners to tangle puzzles, the market for these toys seems to be sticking around.